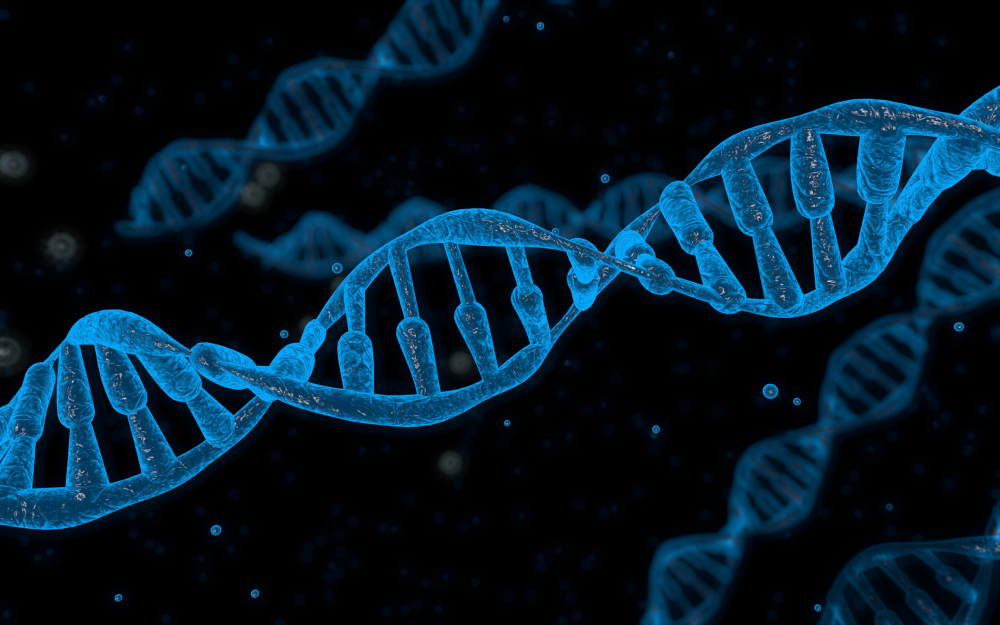 Welcome to our November edition of Molecular Mechanisms! This month we continue our Molecular Mechanism series by showing how AION leverages parents’ information to impute segregation patterns and prioritize variants. Last month's edition covered the correct prediction of pathogenicity of a missense variant in KIF1A by AION, read it here.

We will look at two different cases sequenced by WES (Whole Exome Sequencing), coming from two different genetic departments across Europe. WES data was available for the patient as well as for the father and mother.

Case A is a patient affected by a multisystemic disease including a very significant delayed bone growth (resulting in short stature and limbs, small skull size) and developmental delay, named Geleophysic dysplasia. The name geleophysic was suggested by Spranger et al. (1971) and goes back to the meaning of ‘gelios’ (happy) and ‘physis’ (nature). The to the typical facies including upturned corners of the mouth leading to happy-appearing faces in affected children. High AION ML scores, which signify that AION considers these variants as pathogenic, and very detailed phenotypic description enabled the identification of two previously undescribed variants in ADAMTSL2: a stop-gain (p.Glu845Ter) and a missense variant (p.Gly267Ser).

Interestingly, these two variants are in compound heterozygosis, exemplifying the capacity of AI-driven tools to identify and prioritize ranking of compatible compound heterozygous variants in genes associated to an autosomal recessive mode of inheritance. Running parental samples also helped to shorten the “diagnostic odyssey” by saving geneticists the time to perform additional tests (e.g. Sanger sequencing), as segregation was automatically imputed as paternal or maternal for each variant (as seen in the image below). Those two variants were later confirmed as pathogenic thanks to their description in a case report, as up to date, they are not described in ClinVar (link).

On the other hand, Case B is a patient affected by a neurodevelopmental disorder with very distinctive craniofacial features: Cornelia de Lange’s syndrome (link). In this case, a missense variant in NIPBL was strongly prioritized as Rank #1, again due to a very strong match between the candidate disease and patient's phenotype , but also because this variant was shown to be de novo thanks to trio sequencing. Although this variant would also have been shortlisted as likely pathogenic by AION thanks to a high pathogenicity score as calculated by AION ML (ML=96%), the detection of its de novo nature helped to establish this variant as pathogenic.

Joint analysis of patients and their parents in the setting of exome and genome sequencing is a strongly recommended strategy in the context of rare disease diagnosis (so-called “trio” testing), especially relevant in the context of pediatric diseases and disorders where de novo mutations are suspected (Richards et al., 2015). Advantages of sequencing parents together with patients include a fast detection of variants compatible with predicted modes of inheritance, particularly de novo variants in autosomal dominant diseases and compound heterozygous variants in autosomal recessive diseases; additionally, it boosts identification of somatic variants (Wright et al., 2019). Trio sequencing also contributes to saving time needed for testing segregation in the parents, which might take two to three days in most laboratories if the variant is already known. Finally, having access to genome-wide sequencing data helps to check sample identity, an advantage which AION takes into account in its quality control to detect potential sample mixup. For all of these reasons, AION platform offers joint analysis of patient, mother and father files right from the start.

We'll be back with a new interesting case next month. But have we made you curious? Click here and start cracking your own cases on AION.